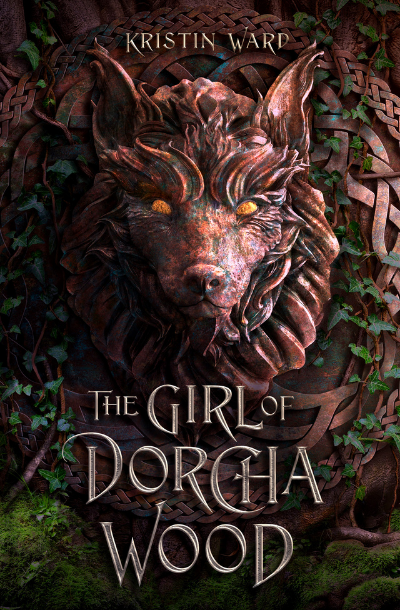 Tell me about yourself. What inspired you to write?

My seventh grade English teacher was my conduit to the world of poetry and narratives. It was in her class that I truly began to appreciate the written word and writing craft. One assignment was the true catalyst to any internal belief I had regarding an inherent writing ability. We had read the short story, The Interlopers by Saki, and I had composed an essay based upon the theme of the narrative. The feedback I received compared my writing to the author of the story and that was it! My teacher had engendered a positive self-fulfilling prophecy and I ran with it. From that point on, I truly began to think deeply about my writing. Of course, much of my early days were spent writing terrible, angst-ridden poetry, but eventually I began to branch out into bigger projects.

My first published piece of writing was actually curriculum for a zoo exhibit. It was after that event that I my aspirations of authorship truly began. There have been numerous story starts over the years and lots of poetry (yes, they have improved since high school and can be found on Twitter and Instagram!). However, writing is currently a passion, not a profession. My hope is to write full time someday and my ultimate goal is to write someone’s favorite book.

My writing spot is my grandmother’s chair, situated in the living room next to the wood stove that provides warmth and ambience in the winter. It’s a worn, upholstered recliner that tilts at just the right angle, enabling me to prop my laptop on my legs in the perfect typing position. The room itself is by no means quiet. There is little quietude in a house with three boys, four if you count my husband!

Do you have a writing routine or do you write when inspired?

When it comes to writing, I’m a classic ‘fly by the seat of my pants’ girl. The idea of creating a detailed chapter outline or story map makes me wrinkle my nose and immediately change the subject. It may be how I was taught to write in the good ol’ classroom, but my creativity doesn’t flow through Roman numerals and bullet points. Those things would strangle my thoughts before I even had time to write them.

A pantser to the core, that’s me.  An exciting outcome of this approach is that my characters often surprise me. Yes, I know that may sound strange. To put that into perspective, as I write I am creating storylines and characters that all become pieces of the world that was born out of my mind (I know. That’s kind of scary.). Since I am developing this entire world and narrative as I go, while aligning it to a prominent theme, new characters and events are woven into this tapestry of thought and, eventually, into a complete novel.

What was the hardest scene for you to write? Which scene was your favorite to write?

Killing off one of my characters can be emotional. These scenes are not challenging to write, but often elicit tears as I grow so attached my characters and try to write gripping scenes that tug at a reader’s emotions. My favorite scene to write was the last scene from Burden of Truth. I actually wrote that scene first and then crafted the book to reach that scene. It is a powerful culmination of the story.

What is your favorite meal?

I love Mexican food. Having grown up in San Diego, I enjoyed fabulous Mexican dishes and am always looking for a good restaurant in CT. At home, I like to make tacos – Taco Tuesday! – and enchiladas. Oh, and there is never enough guacamole!

Coffee or tea? Wine or beer?

My current drink of choice in the morning is Chai Tea with vanilla creamer. In the evenings, organic pinot noir always hits the spot!

Describe yourself in three words.

How do you come up with the title to your books?

Titles are so challenging! I always have a working title and struggle to come up with a title that I am happy with. A title often develops along with the story as it’s influenced by the plot. My current dark fantasy series throws a bit of a wrench in this process as I am marketing and putting the books up for preorder before they are finished. This requires me to come up with titles prior to writing the book. For this process, I have used my story framework which is a brief paragraph of my idea for each book as an influence for each title.

What inspired your book/series?

I’ll dive into my dystopian duology which has an interesting history. I was inspired to write After the Green Withered and the sequel, Burden of Truth, while completing research for a graduate course I wrote in environmental education. My course included concepts regarding earth’s history and, within this, I learned a great deal about the impact humans have had on the planet. As I studied and composed the course, an idea began to germinate.

What if there was a global drought due to the impact humans have had on the planet?  What if water became the global currency?

That seedling idea sat with me for a year or so as I finished my course writing and began to teach a few graduate courses. Eventually, I began to write the story but it took a whopping five years to get it from draft to publish! The final push actually came about after I read an article about Cape Town’s water crisis. At the time of the article, it was predicted that Cape Town’s water supply would run dry in April of 2018, not tens of years in the future. Reading this, I knew the story I wanted to tell was incredibly relevant so I buckled down and finished the first book.

What are you working on next?

I’m currently working on book three of my young adult dark fantasy series that infuses Celtic mythology. I am deeply influenced by Celtic culture and have integrated various elements into all my books in some way.

What authors or books have influenced your writing?

Aside from my wonderful English teacher who inspired me many, many years ago, I am heavily influenced by what I read. I love reading a wide range of genres and am always inspired by the characters and storylines. I also get many of my ideas from my own interests and research I do along the way. Like all authors, the characters that I write always have pieces of my personality within them.

As a teenager, I read and fell in love with The Outsiders by S. E. Hinton. This book hooked me and was a catalyst for my passion for poetry (I memorized the Robert Frost poem that Ponyboy recites). The fact that the author was a teenager herself when she wrote the book was eye-opening.

In the realm of dystopian fiction, The Giver by Lois Lowry was the book that launched my love of the genre. Her story introduced a society that strove to smother human nature. The characterization was phenomenal and as I read, I felt a strong connection to Jonas. I also really enjoyed The Handmaid’s Tale and The Hunger Games. I find myself gravitating to books that have powerful themes and this is evident in my own work.

If you could live anywhere, in this world or fantasy, where would you live?

Scotland. I love Scotland and long to go back! As a child I visited that beautiful country and have the fondest memories of the people, history, and geography. Someday I hope to take my three sons.

Treacherous. Evil. Dark. Dorcha Wood is all of these things. And none of them.

The people of Felmore talk of Dorcha Wood in whispers, if they speak of it at all. There is danger in the dark forest. Monstrous things, remnants of the Aos Sí, lurk in the shadows, hunting the unwary should one be careless enough to cross those borders.

But to seventeen-year-old Fiadh, Dorcha Wood is home. A haven. It speaks to her in the rustle of the wind through the leaves, in the wild things that come to her hand. It is a forest whose secrets become known only when it chooses to reveal them.

Hers is a simple life until the outside world shatters it.

Gideon, a warrior whose memory is as lost as his strength, finds his way to Fiadh’s healing hands. With his arrival comes the wrath of Lord Darragh, the ruler of Felmore. A man whose violence rivals that of the nightmarish beings of Dorcha Wood.

Fiadh finds herself thrust into a world brimming with suspicion and cruelty, seething with hatred and vengeance.

She turns to Gideon. Setting herself on a new path where she will confront the reality of old hatred, the consequences of things hidden, and the truth of who she is.

“It gives me chills to stand in front of the forest that morphed in front of my very eyes. I’m hesitant to walk through the tree line and down the path. The last time I walked down a path for leisure was a week ago. We had planned a picnic. Something simple, always easy to organize and do. It wasn’t hard planning our walk to Brynjar’s cabin today. What could go wrong?

I try hard not to think of all the possible outcomes—from returning to Earth to traveling to a completely new world.

Sarah and Dana were able to walk by without stopping to take notice or reflect. Ciara paused for a moment and then smiled gleefully, saying she had a good feeling.